Like our other Seasonal Trades – knocked it out of the ball park.

I have to admit that unfortunately I didn’t get to participate in this manipulation.

I was not prepared at all for the Market Manipulators to turn on the BUY SIDE Algorithms just yet.

Surely they would sell it lower first? At least that’s what I first thought – but the answer was No. 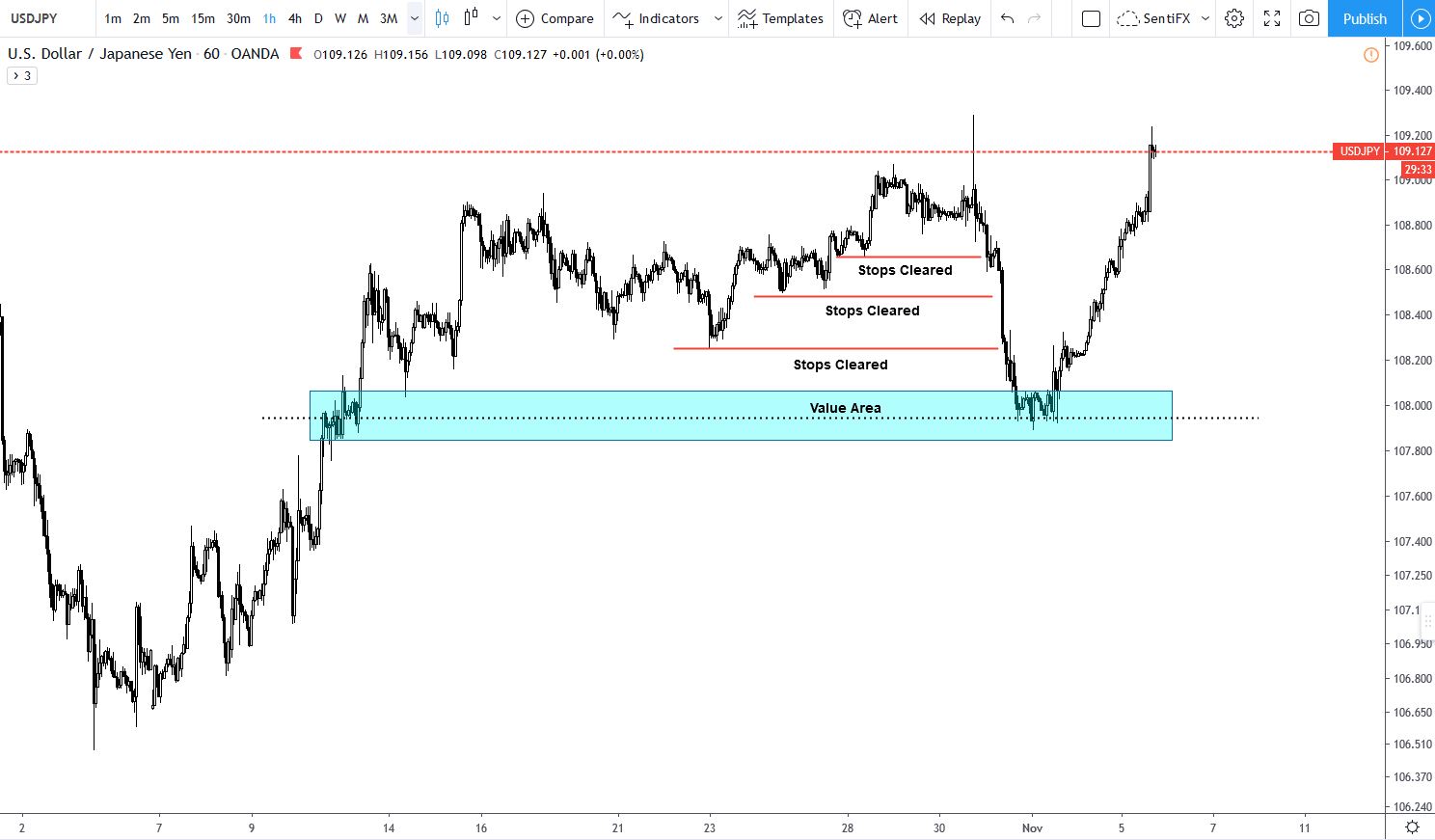 Once stops were cleared to the downside and price moved into a value area – the BUY SIDE Algos were turned on.

It was almost like straight line winds – non stop and steady Buying – with a HUGE impulse move up near the end.

As I write this, price continues to move up and will likely take out all of the liquidity waiting above near that spike before moving back down. 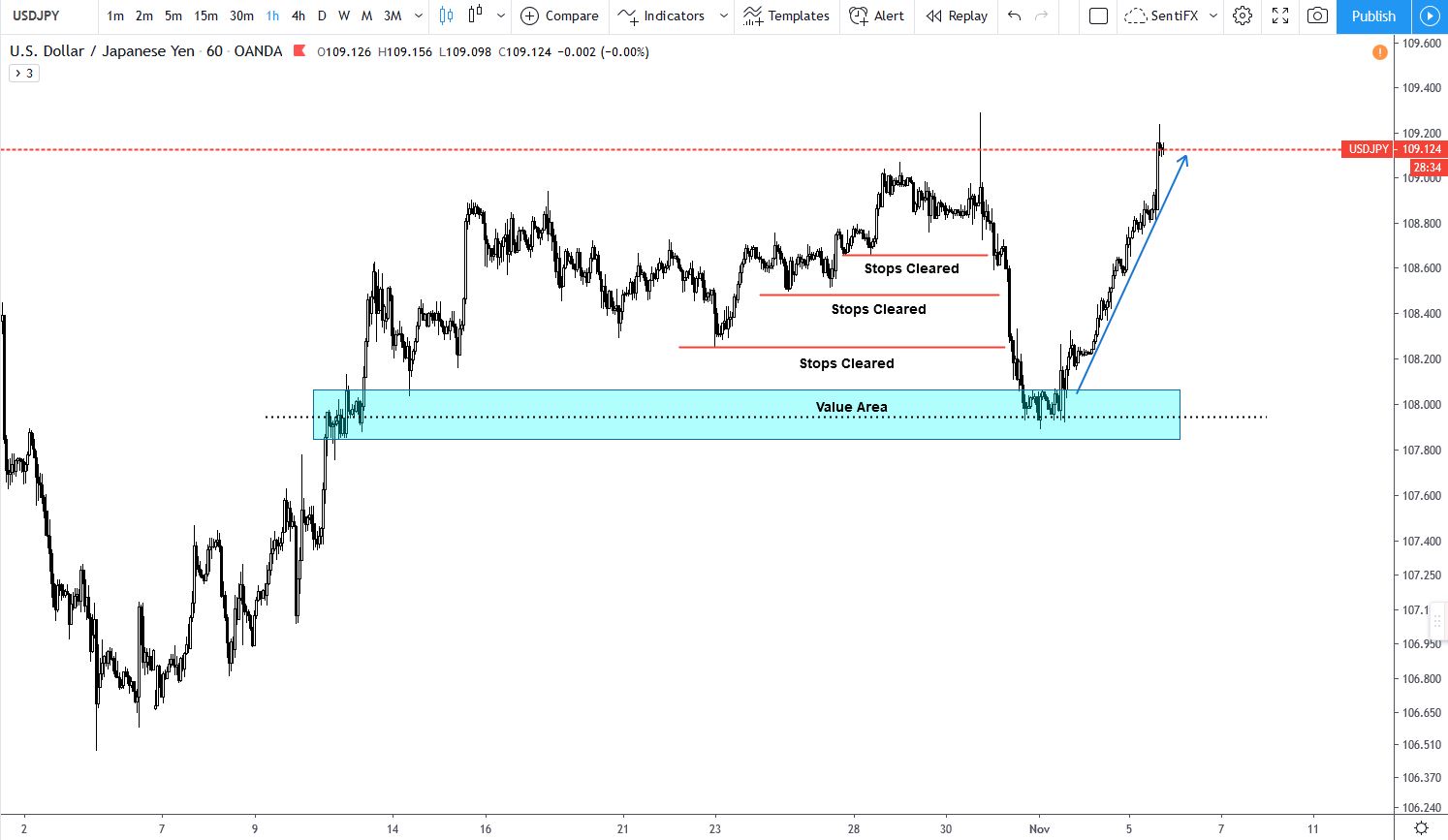 As you can see the straight line of BUYING easily sliced through any key turning points in Market Structure.

Fortunately for us, we avoided trying to SELL USDJPY  all together.

The FIRST thing that would have kept us out of this trade on the SELL SIDE and instead looking for opportunities on the LONG SIDE would have been our SEASONALITY ANALYSIS.

For November, Based on our Seasonality Pattern Analysis Tool –

So we should have been looking for LONGS ONLY with USDJPY.

You can see that one of the Traders in the SentiFX Community was already eyeing this opportunity before the Month of November began. 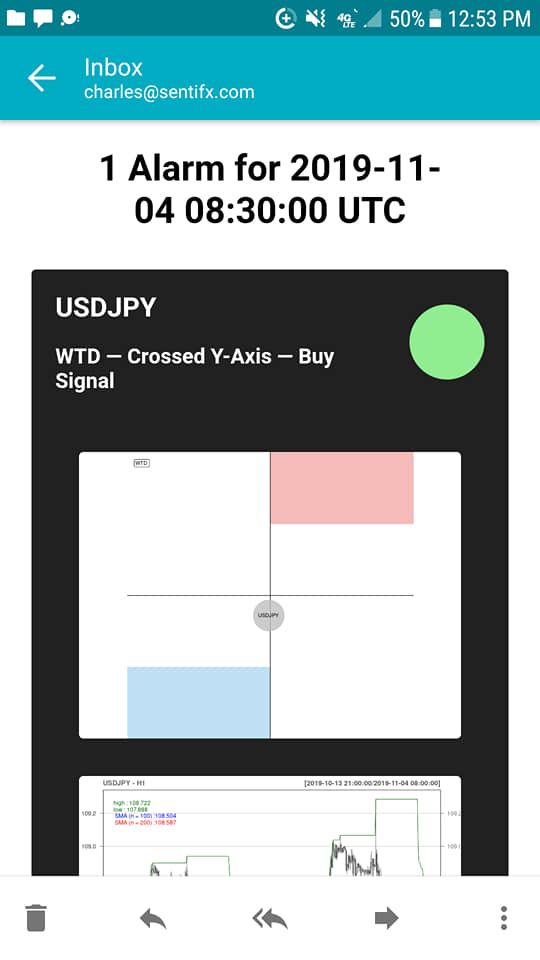 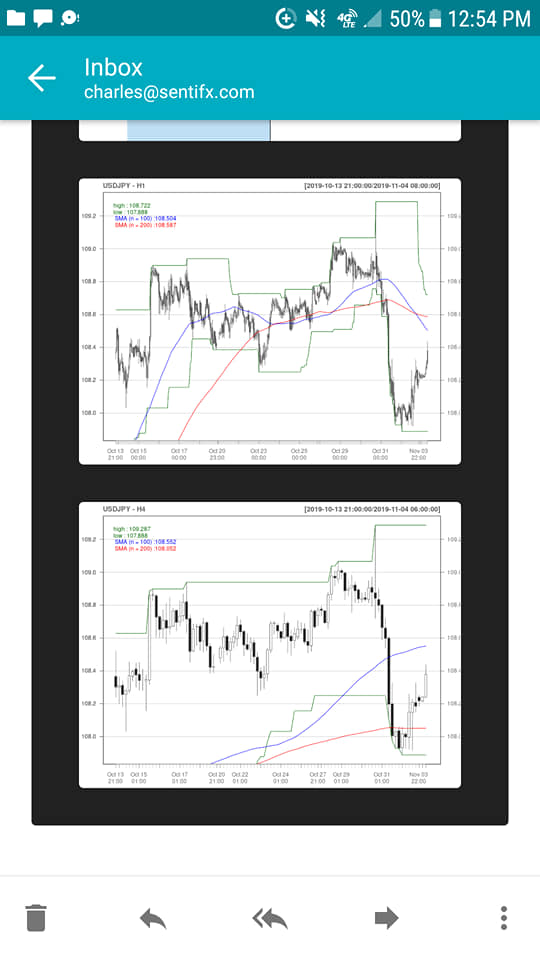 The SECOND thing that would have kept us out of this trade on the SELL SIDE is that we received a USDJPY BUY Signal by EMAIL on November 4th, 2019.

This was BEFORE the Strong and Steady move occurred.

Some people believe that Market Structure will always come before Sentiment Signals and that is just not the case. The algorithms that we use can many times detect moves  before Market Structure actually Changes.

Here at SentiFX we look for at least 2 stars to align to take a trade.

Those stars are typically either Sentiment, Market Structure, Seasonality, or Currency Strength (but can also be Fundamental or other Major News Factors). 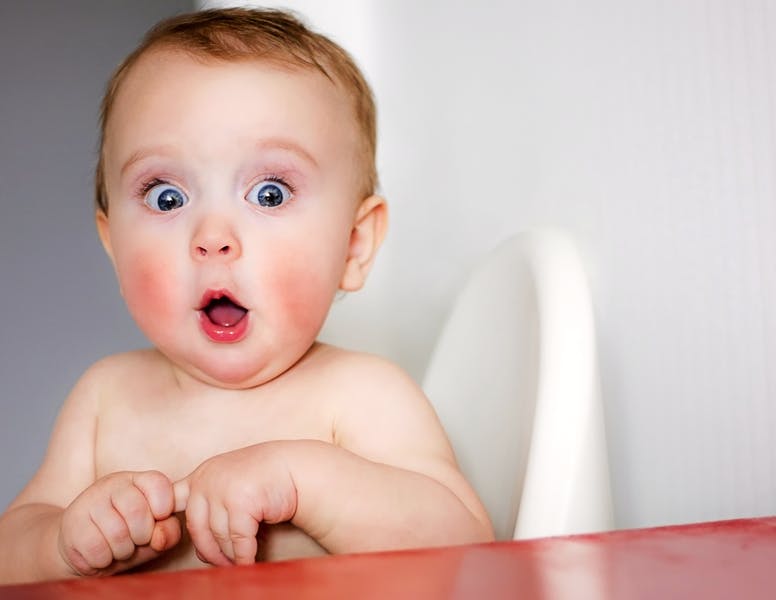 So KNOWING all of the ABOVE – why didn’t I take the trade and make a killing?

Well – I thought because of the aggressive SELLING Order Flow from last week that the Manipulators would push it DOWN a few more times before taking it up.

I was waiting for SENTIMENT to give me a SELL Signal.

Had I just looked at the facts based on SEASONALITY and the Sentiment BUY SIGNAL that was sent from the Sentiment Analysis Suite – then it would have been a beautiful  and EASY trade LONG.

Instead, I made assumptions based on Order Flow alone that I should be looking in the short term for Sell Side trades and didn’t take the cues from the two aligned stars that were happening in Real Time.

We were already anticipating this move before the Month of November began.

Lesson learned – at least I didn’t lose money shorting thanks to getting the BUY Signal emailed.

Unfortunately for me, I was waiting for a SELL Signal to be emailed and that signal never showed up. By the time I realized my mistake – the trade was near over.

Easy Trade for those who didn’t miss the obvious.

Till next time – Trade Well.

P.S. If you’re not currently a member of the SentiFX community and would like to know more, CLICK HERE .