A GG is when Market Manipulators push price to an area of Liquidity to get the BEST PRICE before taking the move in the opposite direction. As they lift the offer on the way up or hit the bid on the way down, they are averaging from the zone they Bought or Sold MOST at (Retail Liquidity Pools).

A GG is just a way to take out any over leveraged longs or shorts to clear the way before the move in the intended direction. 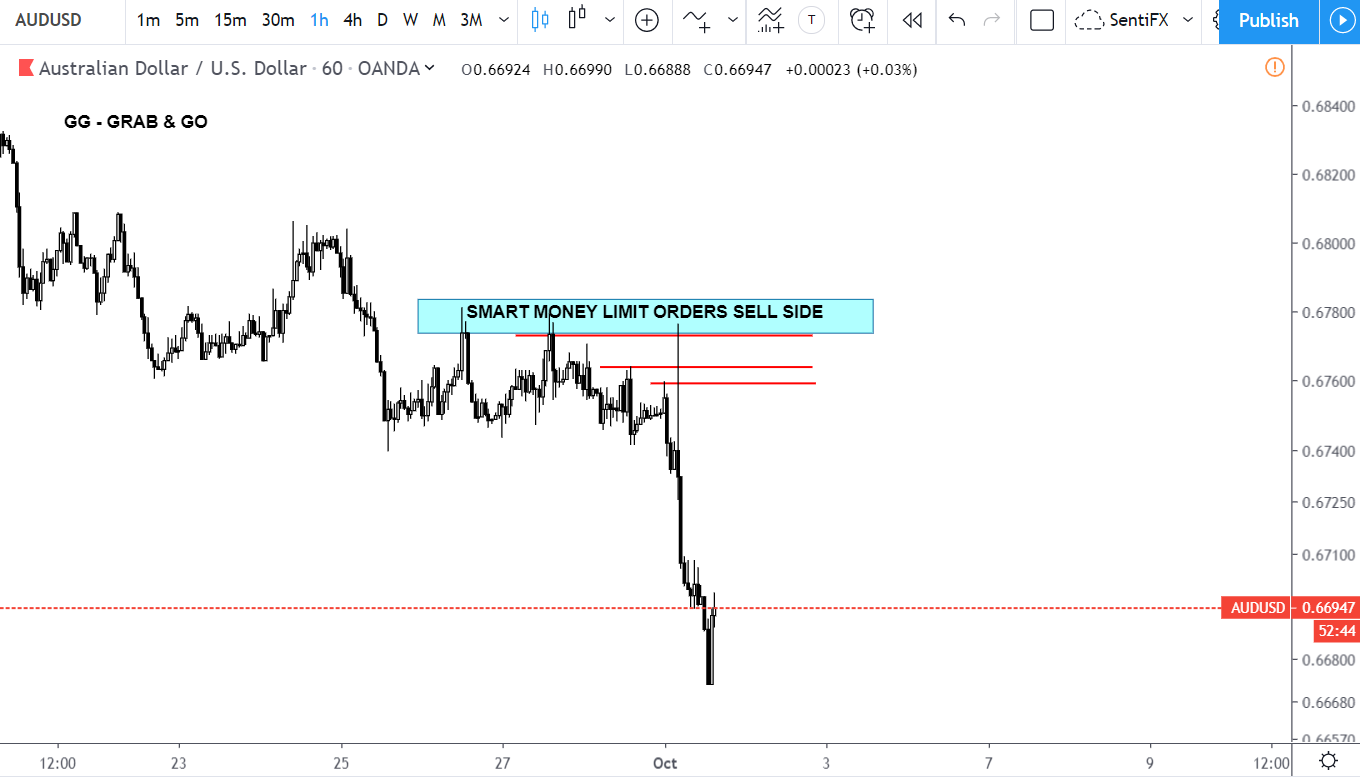 Retail had their BUY stops (because they were shorting) at the red lines.

MM’s pushed price through those areas to SELL to the retail who had to BUY now.

Then, look what price did.

Price crashed down hard. Sellers were cleared and people who were watching real time would have been buyers on the spike upward – getting smashed on the way down.

Sentiment was a Strong Sell – so if you had tight stops, this is where you may have been taken out. Then – cursed at the move as you have been expecting this to happen – but you got stopped out.

This is why we do not OVER LEVERAGE and why we like to use WIDE STOPS.

We prefer to place stops at least 2 major swings away – not minor ones like those taken here. These GG’s happen more often than you think – so this is why we shouldn’t place our stops at traditional locations without more risk.

You’ve probably already seen myself and members of the group selling stops just like the MM’s did. This is counter intuitive for most traders but once you start thinking this way, you’re starting to think like the MM’s.

Stop areas are PERFECT scale in zones when you have directional conviction like this trade because of Sell Side Order Flow and Sentiment showing a strong sell.