Another pips positive week behind us for those with access to the SentiFX sentiment indicators....

Here are some more examples of successful trades in the past week, taking the other side of retail positions. As always they were communicated to the Sentifx slack chat community forum under 'Trade Ideas'.

Lets start with AUDUSD - per my recent blog on the 7th Feb, I was bullish the pair and had advised buying dips into unfilled Liquidity gaps for an expected upmove, firstly into the upper channel zone of the potential bull flag pattern that had been identified and then trade any breakout in the direction of the bullish trend looking for extended moves into old Unfilled LG zones above the breakout. I made a call to SentiFX members that I was adding a long position into the resistance as it had become clear from the Sentiment Indicator that retail traders had been aggressively adding to shorts into the channel resistance, expecting a bounce to the downside. Per screenshot they were collectively 87% short as price started to probe into the resistance zone. For me this was the time to trade against them on the basis that the 'pain trade' was to the upside for retail who were about to become trapped shorts and then forced buyers on a break of the channel to the upside.

So what happened next? We got the break to the upside! Price went on to rally, base, rally and base again before the final rapid push to the upside in late trading on Friday. Currently there will be a lot of trapped shorts who averaged in short and are now feeling the pain. The SentiFX Sentiment Indicators kept you on the right side of the market which is of course the side of the Market Makers who collected enough short bag holders before the price got marked up!!

Note that Basket Analysis of the USD at that time also showed that the dollar was a strong sell. 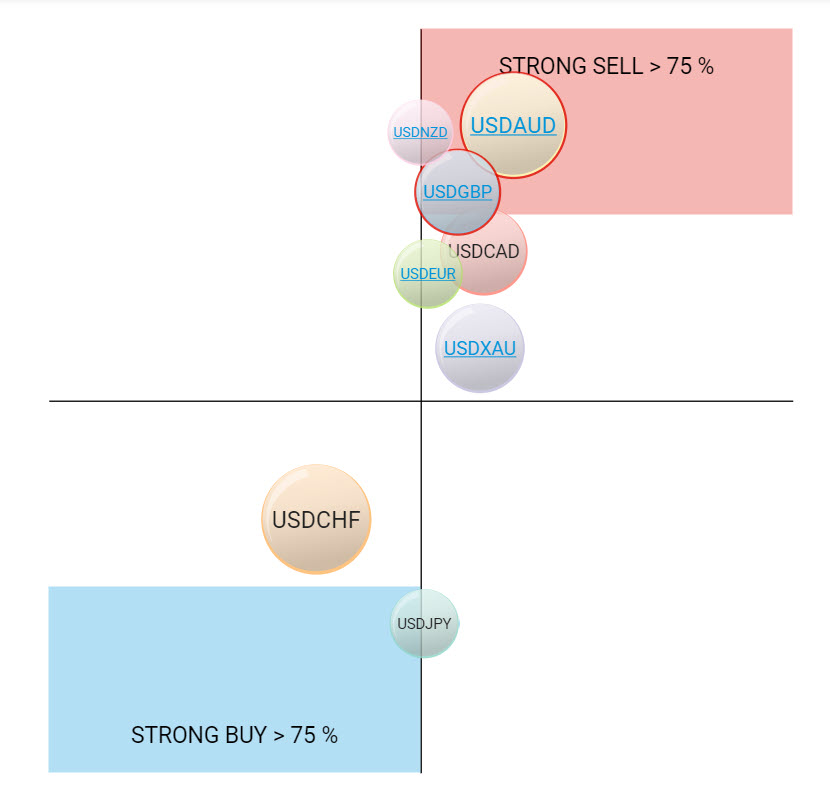 The 12th provided an excellent scalping opportunity moving into the lows as retail shorts were still very high. This is a typical setup using the SentiFX approach of buying/selling retail stops - for this trade a multi take profit strategy into initially the next Liquidity gap and then the previous swing highs proved to be profitable.

NZDUSD provided the same setup as the AUD. The pair pulled back to an area of trendline support with a liquidity gap confluence. On the Slack Chat Forum I indicated that area would likely see support and that a long had been added there. Retail were at that point approx. 70% short. Fast forward and the target take profit was reached. In fact price ran up a lot higher.  Another example of trading against the crowd working out... 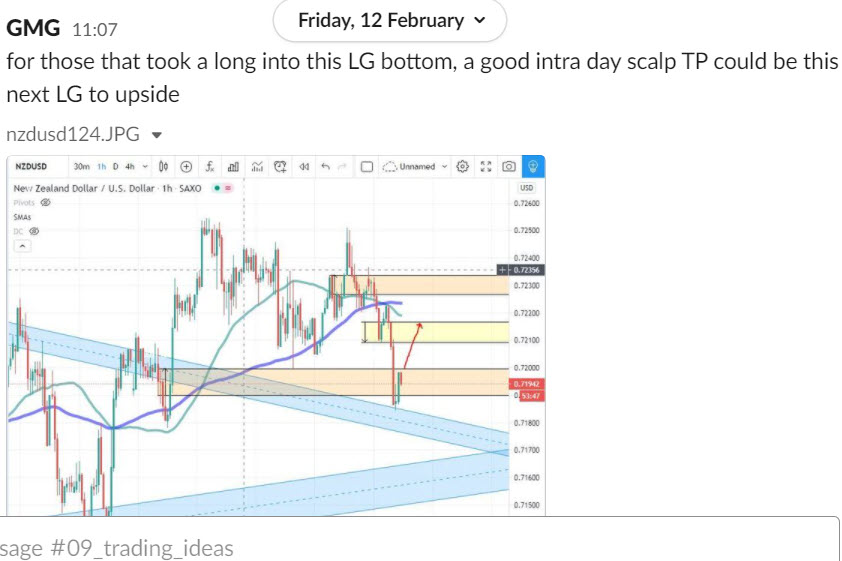 Lastly the EURGBP - This has been a fun ride this week. I am mid to long term bearish the pair. On the 8th I added a short as price hit the 200 day moving average after making a swing low on the 5th.  Retail were 71% long at this point. Per below chart - I added into retracements to the Liquidity gaps (LG'S).  Partial profits were taken when the lower LG was filled - Still keeping a core short as I expect further movement down for this pair in coming weeks so will continue to sell rallies so long as Retail remain on the long side per the SentiFX way!

Thanks for reading. US holiday on Monday and also China are off til Wednesday so could be a bit of a muted start to next week. I won't be adding new trades on Monday, I am taking a day off! Have a good weekend all.